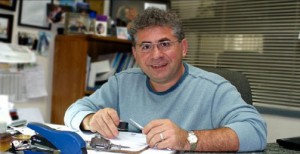 John Bekarian began his craftsmanship experience at a very early age in Europe. He was an apprentice to a small circle of renowned artisans who masterfully taught him how to set diamonds in the “old world” style. This is a painstaking task which is not handed down to many.
He then began mastering other types of settings including “channel” and later “invisible”. Later, he moved to New York and after to Los Angeles.
In Los Angeles, he began working with many different gemstones and various different kinds of metals including platinum, gold silver and palladium. John mastered these new mediums in a short time.
He has become one of the few known diamond setters in Los Angeles, who excel in their craft. He teaches other jewelers his craft and helps the jewelry industry raise the bar in skill, quality and art. He is prominent in the “invisible” setting technique in the Los Angeles jewelry industry.
He continues to make original designs and finds newer and more efficient ways to set all gemstones in a contemporary and remarkable way. He is a modernizer who spares no expense in using the latest cutting edge technology but remembers that the marriage of “old” and “new” to be the future in the art of jewelry manufacturing.